Monte Alban – A Guide to the Ancient Zapotec City 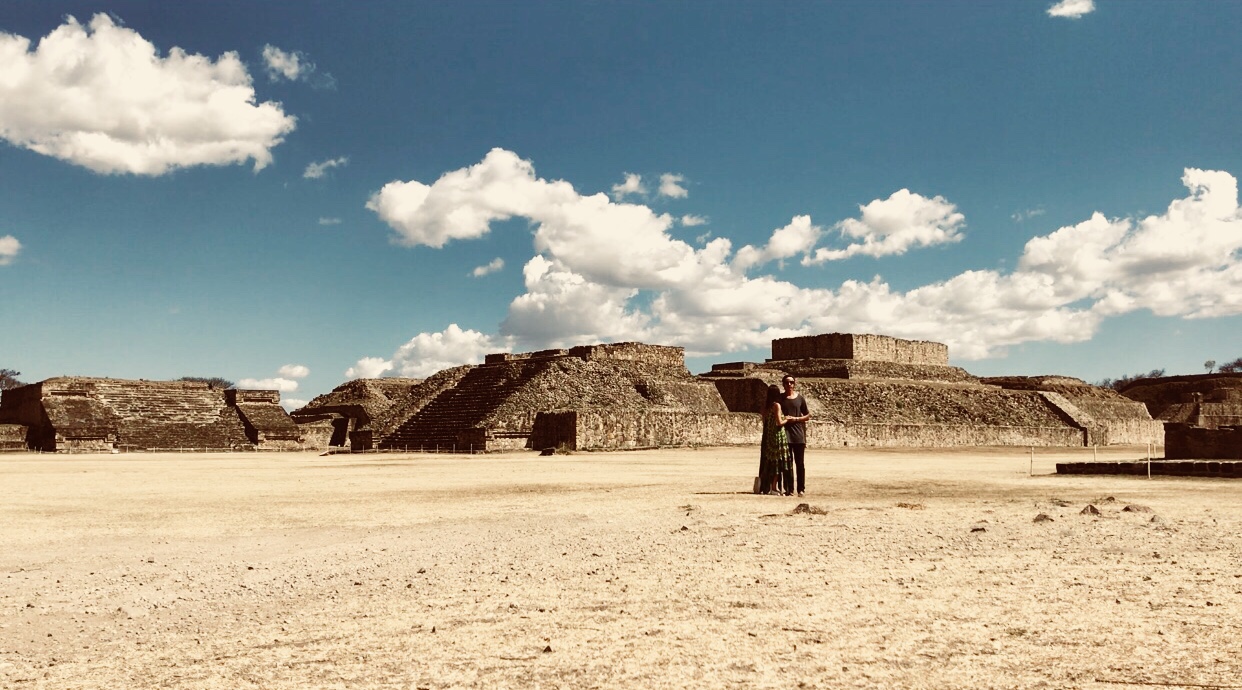 Founded in 500BC, Monte Alban in Oaxaca (pronounced wah-hah-kah), Mexico is one of the earliest cities of Mesoamerica.

By approximately 100AD, Monte Alban became the Zapotec’s economic and political centre for close to 1000 years!

There is a lot to be learned about this historical and archaeological site, and I’ve given a brief summary on what we learned below, but if you’re in the Oaxaca region, it is a tourist experience you definitely do not want to miss.

How to Get There

There are many tour companies operating out of Oaxaca de Juarez, grouping the Monte Alban tour with other excursions in the same day. Depending on your time limit, and style of travel, we recommend doing this one on its own. And it’s super easy to navigate without a tour company (not to mention it will save you money by doing it on your own)! 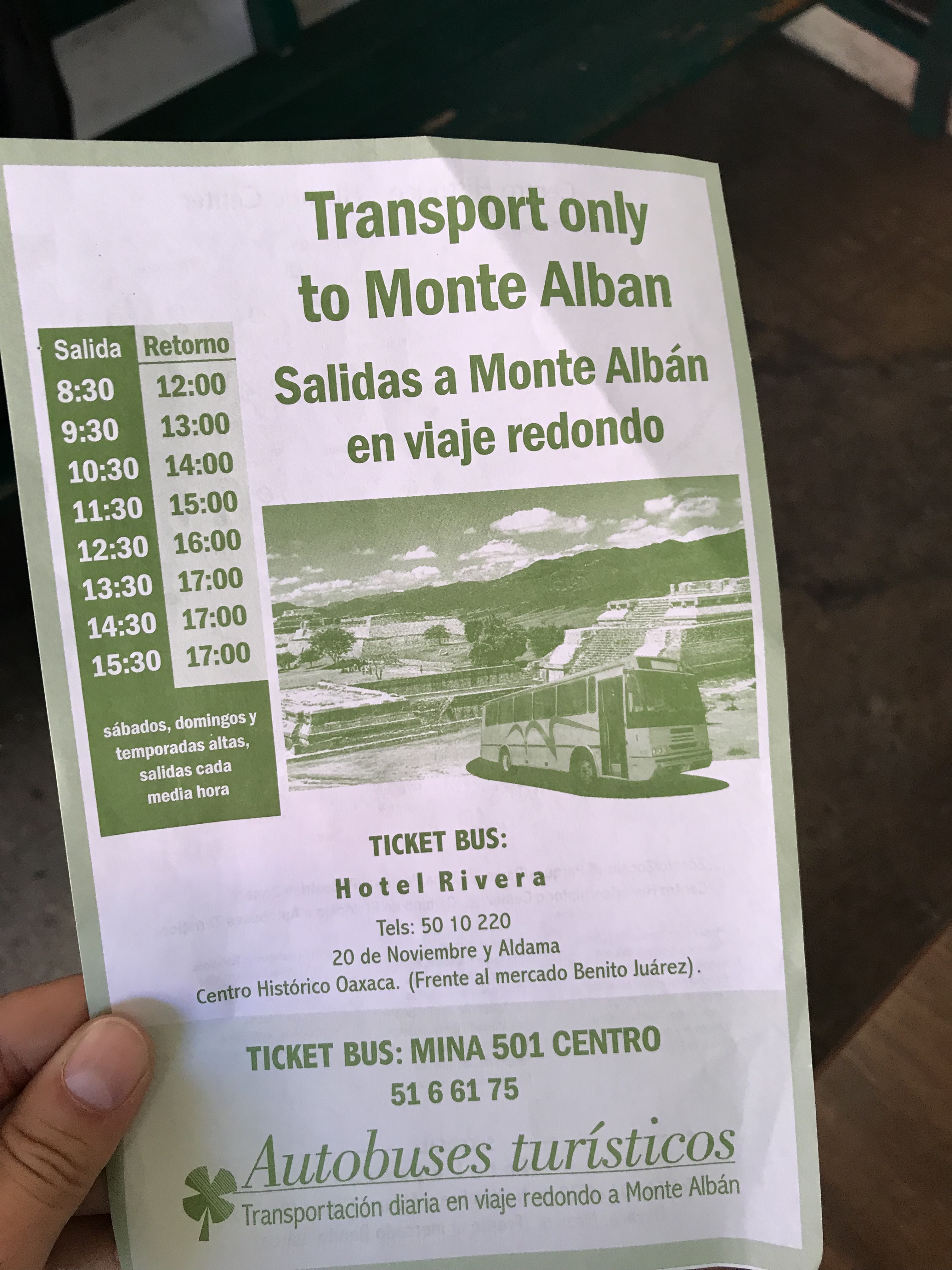 Autobuses Turísticos is the company we went with, and highly recommend to all. They are found across the streert from Hotel Rivera del Angel, which can be Google mapped, and is a quick walking distance from anywhere in Oaxaca Centro. The bus company does not show up on Google but the hotel does, so use that for reference.

Busses operate every hour, and are $60 pesos round trip per person. The journey is approximately 30 minutes east up the mountain from Centro. You can stay as long or as short as you want at Monte Alban, we were there about 3 hours.

The bus drops you off in the main parking lot, and you have to walk up the hill to the entrance. There’s a weird gravitational force up there, maybe it was the heat, maybe we had too much mezcal the night before, but either way the walk up was a tough 3 minutes!!

It’ll cost you $70 pesos per person to enter the site. There’s a museum, which is included in the entrance fee. They have some incredible artifacts and original carvings — and even a cast and replica of a skeleton and exact grave they found her in during an excavation (we think it was a replica)!

We went in here first before walking the site, and would recommend doing it in that order, because after a long day in the sun exploring, you probably won’t want to take in any more information. And it’s really interesting so you don’t want to miss it!

There are many ruins to explore, some you can climb up and even one you can go inside. There are plaques all around, mostly describing the architecture but some have descriptions of the structures themselves.

We visited on a Thursday afternoon in February, and we had the space mostly to ourselves, which was amazing. A few other tourists, but the space is so big we barely crossed paths with others.

We brought a bottle of mezcal to enjoy with the scenery, channeling the elite that would have drank and looked down on the valleys below many years ago. There were no signs saying we couldn’t bring in mezcal, so we didn’t break any rules either!

We saw a lady meditating on the top of one of the structures. To each their own, but it definitely did not feel like a calming spiritual space to us. You could feel the energy, but it was full of human torture and sacrifice!

John made me watch Apocalypto the night before we went, so I found it hard to be at peace when we walked past the sacrificial structures! Pass the mezcal please!

There are also men selling little artifacts throughout the site, but they are super chill and polite, a huge contrast to the salespeople in Zocalo.

At the end of the day we visited the cafe attached to the museum. The views are fantastic, but vaguely different to the ones we had during our mezcal break. The prices however, were incredibly high and the food was sub par. Would not recommend visiting the cafe.

Save your money for one of the hundreds of incredible and affordable restaurants back down in Oaxaca.

When the elite remove themselves completely from the middle and lower classes, but depend on them for their construction, their inventions, their farming, sewing, handiwork etc, they are doomed to fall. We’ve seen it many times before, and we will most likely see it again. Hopefully we can learn from history…

If you get the chance, trust us, this is a place to visit! Not just Monte Alban, but Oaxaca City and Oaxaca State!

Many people head to Mexico’s resort towns and miss out on the incredible culture and history of the rest of the country. We’ve barely even touched on what Oaxaca has to offer but we will be sharing more with you, hoping to convince you to get out of your comfort zone and visit our favourite city in the world!

← Why we’ve been away…
Making Coffee: DIY From Tree to Cup →