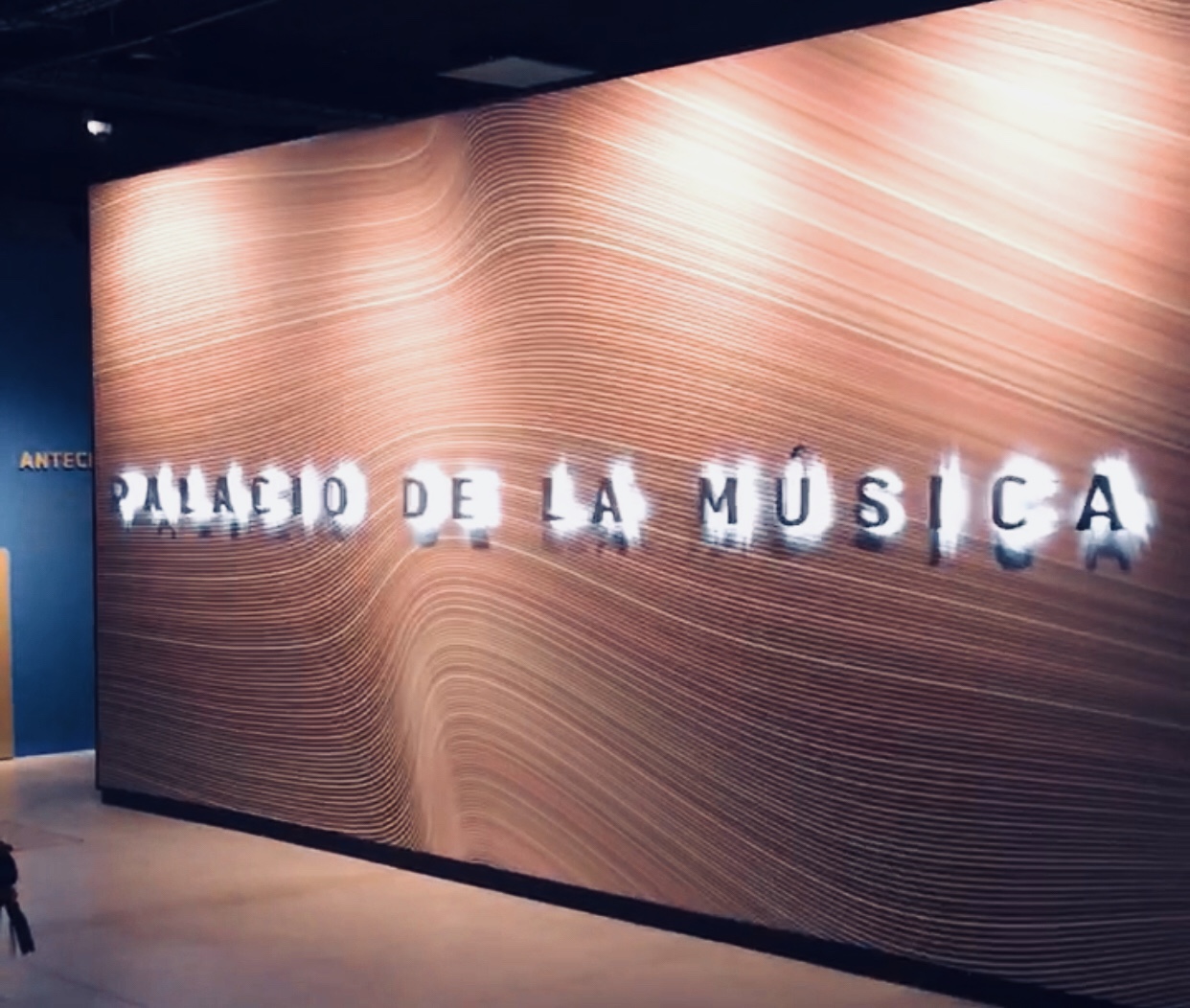 Located in the historic centre of Mérida, Yucatán, Mexico is the Palacio de la Música (Music Palace). It is not highly advertised around town, or online for tourists. The Palacio doesn’t even have a proper website, just a Facebook page, which isn’t even attached to Google. With plenty of tour companies providing excursions to cenotes and ancient ruins in the area, most would miss this hidden gem.

We stumbled across this museum strictly by fate. We had the whole day to explore but were keeping it cheap. As we were walking down a side street from the main town square, we saw a sign, “2 x 1 cervezas for $2.” Yes please!

We finished our beers and noticed a big square building beside us, that had an enormous atrium and no sign on the side we were viewing from. We even debated checking it out, thinking, if there’s no sign it must be nothing. But I won the debate and decided that the 30 seconds it would take to check it out was worth spending.

Lo and behold, we found the Palacio de la Música. We had to check our bag at the door and sign in, and were directed down a ramp, without any talk of money. I thought it was polite to ask, “cuanta cuesta?” (how much does it cost?), the gentleman laughed and said: “nada!”

The month of January is Mérida’s founding anniversary month, so I’m not 100% sure if the price is always free to enter the museum, but that’s my best guess. In addition to the museum, they have workshops, concerts and events, and there are no prices or “buy tickets” options listed on their Facebook Page. It appears it is completely publicly funded!

The museum is all underground, and is set up in different stages and rooms. You learn about music itself, different instruments, the history of human and Mexican music, music accompaniment to video, dancing, production and the current Latin America music industry (to name a few). The interactive exhibits were amazing. Massive video screens, holograms, sets designed to make you feel like you were in churches, town squares and theatres. I still find it hard to believe it was free!

While John sat and watched the big screen, I played around on the huge guitar in the middle of the welcome hall. It had projectors but was still somehow a touch screen. Far beyond my technological comprehension!

It taught us of the elements of music: rhythm, dynamics, melody, harmony, tone color, texture and form. It gave examples of the different aspects of each element and allowed us to play different instruments and melodies to help us understand. It was right up my alley, but would have been up anyone’s alley, even if they didn’t love musical theory, because they made it fun!

Music – Human’s Connection to the Universe

The first room had multiple infographics, displays and interactive sound stations, describing the study and history of music, and it’s obvious connection to a spiritual realm. It posed the question, what is it about a melody that connects humans to one another, and to our universe?

There were song examples from Catholic Church choirs and organs to indigenous chanting and drum circles. They even had some instrument artifacts found in Mexico from the Mayans and Aztecs, and had an interactive sound screen so we could listen to the sounds the instruments made.

Mexican musical conformation is the result of a long process of encounters and intercultural exchanges. With Independence, and as an act of resistance against the colonial past, it was carried out an attempt to build a national identity with a sense of unity for our culture, a spirit that extended its influence until the post-revolutionary period. However, from the acknowledgement that Mexico had a multicultural composition, based on the native inhabitants, all over the country the development of diverse musical expressions was promoted. This notoriously modified the sense of being Mexican.

There was a room set up to look just like the town square pictured in this video below (I can’t believe I forgot to take a picture), and they had step by step instructions on how to do the traditional Yucatán dance, La Jarana (pronounced Harana with the r rolled). There were MANY steps.

I practiced, and the gentleman who worked there said it was super easy, as he laughed at my attempt… it was not! He told me they learn the dance as kids in school, but it’s only really done at cultural festivals (not like in North America where our “traditional” country line dances are done at the local country bars).

I knew that the Latin American music industry was big, but I had no idea how big! In Mexico alone, there are artists bigger than Beyonce, that I had never even heard of.

One interactive exhibit I found hilarious was a game where I was a judge to find a new pop star of today. I had to guess what factors producers are looking for to make a star! See below:

Looks like talent means nothing these days in the Mexican music industry as well!

If you’re in Merida, this is a must do! 5/5 stars on the experience front. Free and fun, ticks all the boxes!

We visited for 2.5 hours, and were kicked out with many others at its closing time of 4:30pm. We could’ve easily stayed another 30 minutes, possibly more.

Pros: a free museum experience with heaps of interactive exhibits and many interesting facts about music and Mexican culture. Each written exhibit has an English portion to help with understanding. Sometimes the translation was a bit off which made it like a code you had to crack, and was good for a giggle sometimes:

Cons: most of the listening exhibits were in Spanish (which I enjoyed but it was hard for John). There was SOOOOOO much information that it was hard to take it all in. Would be cool to do over 2 days.

Travel constantly teaches us about other cultures and how humans live around the world. We are pretty selective about the museums we do visit because information overload happens and we end up taking nothing in.

This museum would be at the top of our list of all that we’ve been to, because although it was music based, it touched on Mexican culture and human history in a beautiful way we did not expect. We learned so much more than we expected and felt like we now were now beginning to understand a huge part of Mexican history.

If you’re ever in Cancun or Playa del Carmen, Merida is only a 4 hour drive or ADO bus ride away and absolutely worth a visit. It’s inexpensive and full of Mexican culture, and it’s safe and full of wonderful people, food and of course, music.

Stay tuned for our upcoming post, A Taste of Mérida, for more on our short time in the vibrant city.

Mexican music is a reason of national pride, thanks to the creativity and cultural richness that has nurtured it historically. It is so wide, that here we hardly address some of its themes and representations.

From this sample of individual and collective knowledge, in the Music Palace we aim to promote a collaborative effort to study, disseminate and value this important cultural heritage.

Mourn Music is an indication of what we are, memory and present witness of a pluricultural Mexico, in which endless preferences, expressions, interrelations, and human needs coexist, regardless of age, gender, geographical context, or social status.

lets make our sound universe flow, which is created and recreated in space and time. Here it is our music. We can discover it or rediscover it; analyze it and criticize it; but above all, feel and enjoy it.

After all, in the notes of our music, we listen to who we are.

And with that, I leave you with one of our favorite styles of Mexican music, Mariachi!

← Making Coffee: DIY From Tree to Cup
A Taste of Mérida →